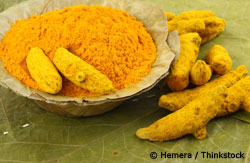 Curcumin – a derivative of turmeric, and the pigment that gives the curry spice turmeric its yellow-orange color — is a natural compound that has been extensively researched, and has been found to have numerous health applications. As a result, turmeric is becoming increasingly popular as a supplement. Each 100 grams of turmeric contains an estimated three to five grams of curcumin.

The ancient Chinese and Indian systems of medicine have recognized curcumin’s beneficial properties for thousands of years. Most notably, curcumin is known for its potent antia-inflammatory properties, and as you may know, chronic inflammation is an underlying factor in many, if not most, chronic diseases. The compound has been shown to influence more than 700 genes, which may in part explain its numerous health benefits.

To learn more about these, please review my special report on this healing spice.

Here, I will review one of curcumin’s most exciting properties, as researchers are increasingly recognizing its potential as an anti-cancer agent. At the end of this article, you’ll also find a list of my other common-sense cancer-prevention strategies.

In an exciting discovery announced in the Journal of Nutritional Biochemistry in July, researchers say curcumin could be the answer to stopping a fatal brain cancer known as glioblastoma (GBMs). This study strengthens previous findings. In this study, scientists showed that it decreased brain tumors in nine of 11 study animals (81 percent), with no evidence of toxicity.

“In summary, data presented here suggest curcumin as a potential agent for therapy of GBMs.”

One of the BEST Supplements for Many Cancers

Several years ago, I learned about the anti-cancer potential of curcumin from Dr. William LaValley, one of the top natural medicine cancer physicians I know. He pointed out that curcumin has the most evidence-based literature backing its use as a cancer support among all nutrients. Not only does it affect more than 700 genes, curcumin also affects more than 100 different pathways once it gets into the cell. Best of all, it appears to be safe in the treatment of all cancers.

To get an idea of just how much research there is, simply search GreenMedInfo.com using the search term “curcumin cancer.” There are hundreds of studies relating to curcumin’s beneficial effects on various types of cancer.

Here’s a sampling of some of the most recent ones:

How Does Curcumin Fight Cancer?

In India, where turmeric is widely used in the diet, the prevalence of four common U.S. cancers — colon, breast, prostate and lung — is 10 times lower. In fact, prostate cancer, which is the most frequently diagnosed cancer in U.S. men, is rare in India and this is attributed, in part, to the curcumin in turmeric. It appears that curcumin combats cancer in a number of different ways.

For instance, curcumin has been found to:

Which Type of Turmeric is Best?

To get the full benefits that curcumin has to offer, look for a 100 percent certified organic turmeric extract with at least 95 percent curcuminoids. The formula should be free of fillers, additives and excipients (a substance added to the supplement as a processing or stability aid), and the manufacturer should use safe production practices at all stages: planting, cultivation, selective harvesting, and then producing and packaging the final product.

Right now, there are no formulations commercially available for use against cancer, and you should know that not only are relatively high doses required, curcumin is also not absorbed very well… A typical anti-cancer dose can be as high as three grams of good bioavailable curcumin extract, three to four times daily.

One work-around is to make a microemulsion from curcumin powder. To do that, mix one tablespoon of the powder into 1-2 egg yolks, along with a teaspoon or two of melted coconut oil. Then, use a high-speed hand blender to emulsify the mixture.

Another strategy that can help increase absorption is to add one tablespoon of curcumin powder to a quart of boiling water. (It must be boiling when you add the powder as it will not work as well if you put it in tepid water.) After boiling it for 10 minutes you will have created a 12 percent solution, which you can drink once cooled. It has a slightly woody taste. Keep in mind though that the curcumin will gradually fall out of solution. In about six hours it will be a six percent solution, so it is best to drink the water within four hours of boiling.

One drawback of doing this at home is that curcumin is a very potent yellow pigment and can permanently discolor surfaces if you’re not careful.

Preventing Cancer: 11 Tips to Live By

In the last 30 years the global cancer burden has doubled, and is estimated to nearly triple by 2030. Clearly, we must begin to take cancer prevention seriously.

While curcumin offers great potential in the fight against cancer, I believe a healthy lifestyle—as opposed to swallowing any number of supplements—is the BEST way to avoid becoming a cancer statistic. I believe you can virtually eliminate your risk of cancer and other chronic diseases, and radically improve your chances of recovering from cancer if you currently have it, by following the following risk reduction strategies.

The discovery of a regulatory protein that inhibits the spread of cancer cells could lead to new cancer treatments to prevent cancer metastasis.

Every 60 seconds someone dies from cancer — and every 3 minutes, someone new is diagnosed with cancer.

When this video was first put online, it circled the globe and was viewed by people in all continents within a matter of 31 minutes. It has gotten over 307,000 views in the last couple of weeks alone.

Don’t forget to send the link to everyone you know who has cancer (even those who are in remission). It’s that important. You might even end up saving someone’s life.

Go watch the video by going to the following webpage:

Producers of “Burzynski:
Cancer Is Serious Business”- remarkable cancer treatment discovery that could
help save million of lives. Don’t miss this film! Click on the thumbnail below
to begin watching.http://articles.mercola.com/sites/articles/archive/2011/06/11/burzynski-the-movie.aspx 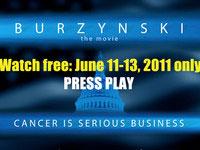 Dr. Joseph Mercola
Producers of “Burzynski: Cancer Is Serious Business” are allowing the FULL showing of this movie until TODAY (June 13th). Remarkable cancer treatment discovery that could help save million of lives. Don’t miss this film! Click on the thumbnail below http://articles.mercola.com/sites/articles/archive…/2011/06/11/burzynski-the-movie.aspx

Women who take supplements of vitamin D and calcium may be at a reduced risk of developing skin cancer, suggests new data.

The sunshine vitamin plus calcium may have skin benefits

Vitamin D and calcium supplements were associated with a 50 percent reduction in the risk of melanoma in women at high risk of developing this life-threatening skin cancer, researchers from Stanford University report in the Journal of Clinical Oncology.

Led by Jean Tang, MD, PhD, the researchers analyzed data from the Women’s Health Initiative, a randomized clinical trial involving 36,282 postmenopausal women who received either placebo or 400 international units of vitamin D and 1,000 milligrams of calcium carbonate per day.

“Our results include the first positive cancer-reducing effect seen from the calcium plus vitamin D trial,” said Teresa Fu, MD, a co-author of the study.

Shining light on the sunshine vitamin

Vitamin D refers to two biologically inactive precursors – D3, also known as cholecalciferol, and D2, also known as ergocalciferol. Both D3 and D2 precursors are transformed in the liver and kidneys into 25- hydroxyvitamin D (25(OH)D), the non-active ‘storage’ form, and 1,25-dihydroxyvitamin D (1,25(OH)2D), the biologically active form that is tightly controlled by the body.

D and the big C

The link between vitamin D intake and protection from cancer dates from the 1940s when Frank Apperly demonstrated a link between latitude and deaths from cancer, and suggested that sunlight gave “a relative cancer immunity”.

Since then there have been numerous studies suggesting associations between vitamin D and lower risks of certain cancers.

Full Taste without the Calories

That’s the beauty of Zerose™ sweetener; a natural sugar alternative that tastes like sugar, but has no sugar, calories, aftertaste or artificial ingredients. So you can satisfy your sweet tooth naturally… Click here

There is growing evidence that 1,25(OH)2D has anticancer effects, but the discovery that non-kidney cells can also hydroxylate 25(OH)D had profound implications, implying that higher 25(OH)D levels could protect against cancer in the local sites.

The new study adds to this body of science, suggesting a role for the vitamin-mineral combination for skin cancer.

Results indicated that women who once had non-melanoma and took the calcium-vitamin D combination developed 57 percent fewer melanomas than women with similar histories receiving the placebo.

A limitation of the study design was that women in the placebo group were allowed to take as much vitamin D as women in the calcium and vitamin D group. According to the researchers, this may have masked many of the potential benefits of vitamin D.

The researchers said that the results should be interpreted with caution but the findings “spur us to do more studies”, said Tang.

More news articles on this topic

Posted on May 23, 2012, 2:02 p.m. in A4M in the Media| Industry News |
More than 2,200 participants from the medical, scientific, and business arenas involved in preventative medicine convened May 17-19, 2012 for the Spring 2012 Session of the 20th Annual World Congress on Anti-Aging and Regenerative Medicine. Taking place in Orlando, Florida USA, the program featured over 60 speakers who presented cutting-edge clinical and research breakthroughs in advanced preventive medicine, specifically focused on the prevention and treatment of the diseases and disabilities associated with the biological process of aging.
Ronald Klatz, MD, DO, A4M President, welcomed delegates to the Spring 2012 World Congress on Anti-Aging and Regenerative Medicine, and outlined A4M outreach initiates

Co-sponsored by the American Academy of Anti-Aging Medicine (A4M; www.worldhealth.net), the academic leader in a worldwide movement in advanced preventative medicine involving 100,000+ physicians, health practitioners, and scientists from 120 countries, The Spring 2012 Session of the 20th Annual World Congress on Anti-Aging and Regenerative Medicine featured clinical and research breakthroughs in advanced preventative medicine that included:

Mark Houston, MD, Associate Clinical Professor of Clinical Medicine at Vanderbillt University School of Medicine, submitted that we are “On the Precipice of a Revolution in the Treatment of Heart Disease”
Terry Grossman, MD, author in the field of longevity medicine, shared data suggesting a role for Metformin as a life extension therapy

Observes Dr. Ronald Klatz, A4M President: “Historically, the physicians and scientists involved in anti-aging science have been the first to embrace innovative medical discoveries and technological advancements that have subsequently been mainstreamed. At the A4M World Congresses held continuously since 1993, over 100,000 physicians, health practitioners, and scientists have been among the first to learn of revolutionary life-enhancing, life-extending discoveries such as: the hormone melatonin as a cancer-fighting agent, the identification of homocysteine as a marker for heart disease, the role of Vitamin D beyond bone health, and more.” Dr. Robert Goldman, A4M Chairman, adds: “The American Academy of Anti-Aging Medicine (A4M) enters its third decade of educational service, and we celebrate the pioneering achievements of the anti-aging scientific movement. Tomorrow’s medicine is here today, and we commend Congress delegates for their foresight in attending in this world-renowned scientific program.”

At the co-located Orlando Anti-Aging Exposition afforded over 200 corporate leaders a prime opportunity to network with the most concentrated and focused audience of decision-making buyers of progressive preventive health products and services. 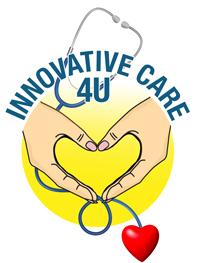